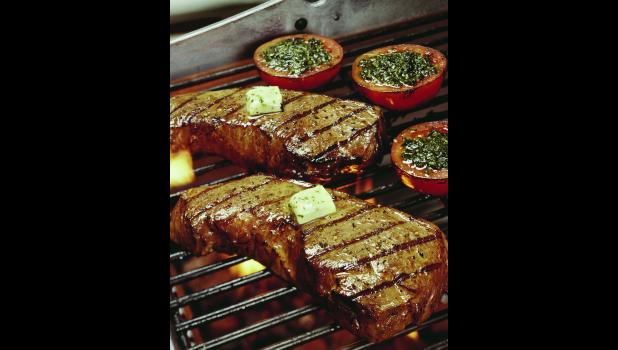 As a livestock economist, Scott Brown hears the same question every day: “How low can prices go?”

The University of Missouri Extension specialist can’t say when prices will hit bottom, as many factors affect the sharp decline. That includes weather, dollar strength and exports.

“As long as we keep increasing record amounts of meat each year, prices will decline. A lot more meat is passing through U.S. markets,” he said.

“We added 3 billion pounds of meat in 2015, and continued that at a rate never seen before. The growth is not over.”

Beef, pork and chicken producers could add another 3 billion pounds of meat in the coming year. Sow numbers are going up. Beef herd owners saved every heifer they could to add to the cow herd.

“Producers respond a lot faster to rising prices than they do to falling prices. We’re still expanding breeding herds.”

The problem becomes what to do with the growing meat supply.

“We eat it, export it or cut the price to sell it,” Brown said.

Producers have been through volatile cycles before.

“The old adage that ‘the cure for high prices is high prices’ still applies,” Brown said.

In the 1990s, as supply outgrew demand, the prices fell. After the turn of the century, exports exploded.

From 2002 to 2014 exports continued to expand faster than the meat supply. Foreign buying was helped by the value of the U.S. dollar.

As dollar value changed, exports dropped. At the same time, the U.S. economy hit a recession and U.S. consumers cut back buying.

When demand outgrew the supply, the prices hit record levels.

With high meat prices, chicken producers built their flocks quickly. Pork producers responded next. Biologically, it takes longer to expand the cow herd than a chicken flock. But now beef herd owners are catching up and sending more calves to the feedlots.

“What producers fail to remember is that the new low beef prices are better than calf prices were for a long time,” Brown said. “Cow-calf returns are still at the eighth highest year since 1990.”

The spurt in pig production has tested the nation’s slaughter capacity. With more pigs arriving, new packing plants are coming on line to take care of the growing pig population.

“We can take care of the pigs,” Brown said. “But what are we going to do with all of that pork?”