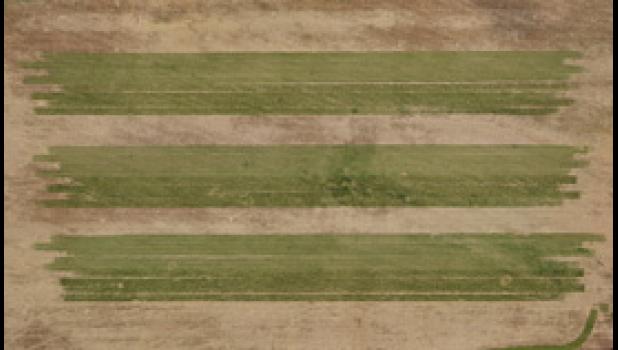 Ten years ago, not many farmers were talking about cover crops.

That is not the case now, says Greg Luce, University of Missouri Extension corn specialist and research director for the Missouri Soybean Association and the Missouri Soybean Merchandising Council. He invites farmers to take part in MU’s Missouri Strip Trial Program, which focuses on cover crops and other agronomic comparisons.

The use of cover crops is more mainstream now, but research continues on the best way to use them.

MU Extension conducts strip trial research on cover crops. Strip trials are multiple long strips laid out side by side in a field. Researchers and growers compare different management practices on each strip. They use in-season aerial imagery and GPS-referenced yield monitor data to compare different cover crop treatments.

Luce gave a report of last year’s strip trials at a recent meeting of certified crop advisers in St. Joseph. He says consistent yield gains have been “elusive.” Cover crops protect soil from erosion and provide weed control in crops. Soybean generally has responded more positively than corn in early trials, but it can work well with both crops. Cover crops also appear to be a good way to manage mare’s tail and winter annual weeds, he says. Early termination of cover crops proved to be effective.

Many questions remain to be answered. When should growers terminate cover crops for best results? Is erosion control or long-term soil health the biggest benefit of cover crops? Are cover crops giving up nitrogen or tying it up in the soil? These are some of the questions researchers working with MU Extension’s Strip Trial Program hope to answer, Luce says.

The grower-based program helps farmers and crop advisers compare on-farm management decisions and practices in a low-cost, low-risk setting. Luce and other researchers use on-farm and field-scale research to provide growers with farm-specific data to guide decisions, evaluate management practices and improve their bottom line.

Farmers use their own equipment or that of their commercial applicator. They work with their choice of an MU Extension specialist or other crop consultant. The specialist or consultant guides them through the process. At the end of the season, growers receive personalized, confidential evaluations of their trial. They also have access to aggregated results from trials in their area and statewide.

Go to striptrial.missouri.edu for more information. Contact Luce at luceg@missouri.edu or 573-473-7079.