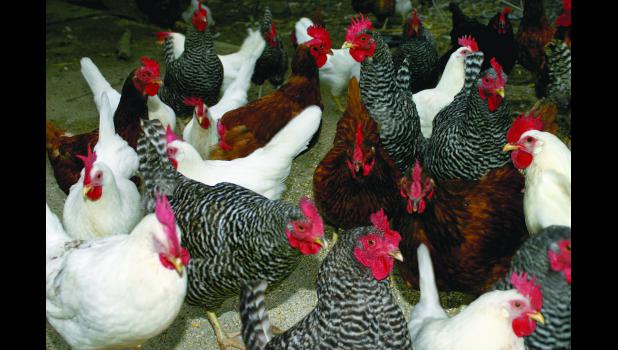 COLUMBIA, Mo. – Following two cases of avian influenza early this year, Missouri has been influenza-free. Other states have not been so lucky.

University of Missouri Extension poultry specialist Jeff Firman says that as birds migrated north from South America, they stopped in Missouri just long enough to cause a couple of cases.

“Iowa has lost about 10 percent of the layers in the entire country,” Firman says. “We are going to see high egg prices for the foreseeable future and turkey prices will be higher as well.”

Because eggs are a common breakfast food and used often in cooking and baking, it will be harder for consumers to give up eggs than to switch from turkey to pork, he says.

Egg production is a long-term process. The life cycle of a turkey is 12 to 20 weeks, but chickens don’t begin laying eggs until 18 weeks, and then may lay for two to three years.

“So if you lost a bird that was just ready to lay, you have two or three years of production that just disappeared,” Firman says. “That’s going to be tough time-wise to replace. We just don’t have birds to make that transition and get new birds in there quickly.”

Unless extra breeders or eggs are found somewhere, it will take 12 to 18 months to get back to normal levels, he says.

Although there have been no cases in Missouri for several months, precautions are being taken. Producers are vigilantly watching for the disease and the Missouri Department of Agriculture has banned out-of-state birds from being exhibited at the Missouri State Fair.

“The economic impact of Missouri’s poultry industry is around $6 billion,” Firman says. “We certainly don’t want to lose any of that, so better safe than sorry.”

More information is available at the USDA-APHIS avian influenza page at http://1.usa.gov/1GqwQvf.