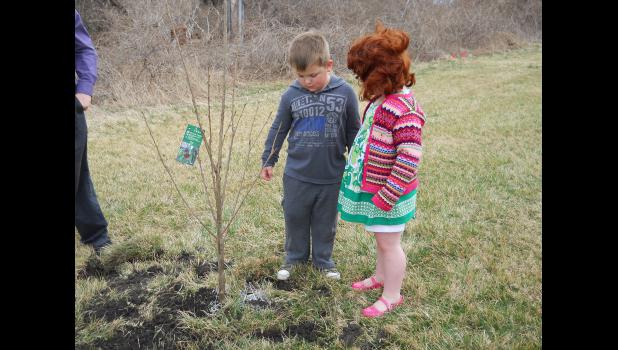 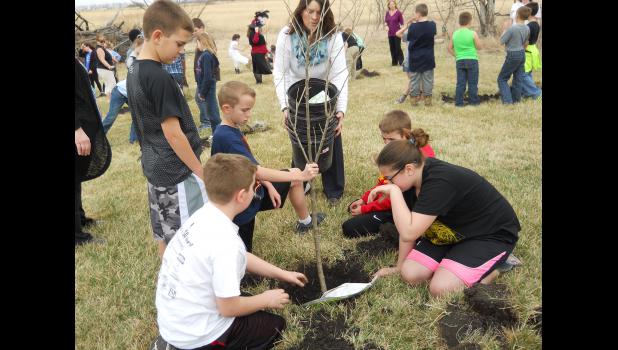 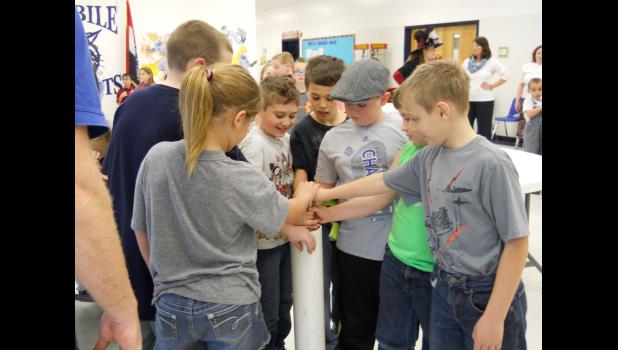 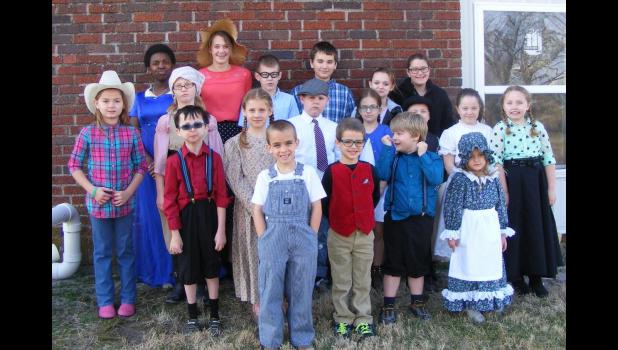 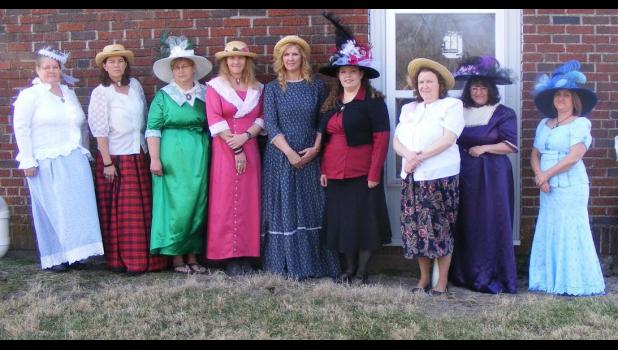 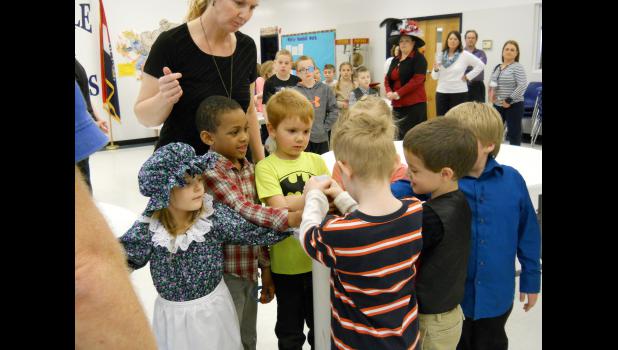 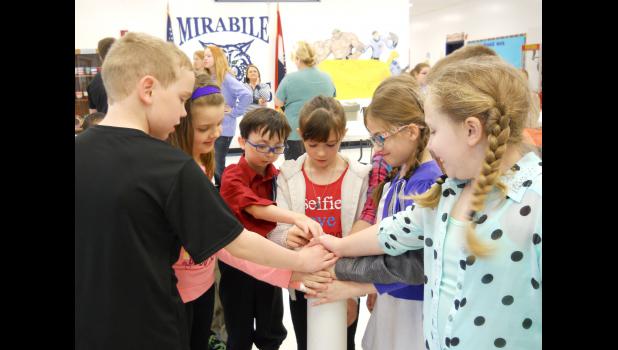 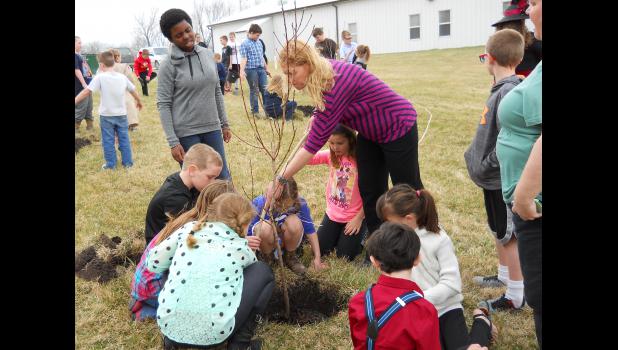 Mirabile students and staff took time out from their usual school work on Tuesday, March 8, to celebrate the school’s 100th anniversary of education. It was a day of fun but also a day of learning. Students were divided according to what school house they would have attended 100 years ago and make shift one room school houses were set up in the five main classrooms in the new school building: Mirabile, Log Creek (Webster Hall), Plum Creek, Pleasant Valley (New Houghton), and Bay (Lafayette). Students found out first hand how schools taught during that century. Teachers and some students dressed as they would have back then.

At noon the students placed laminated pages that described their life today into a time capsule to be opened 25 years from now. Some of the things the children listed were favorite movies, favorite school lunch, favorite class, and their favorite technological devices. The current Democratic and Republican Party Presidential Candidates were also listed. The capsule was buried next to the school in an area where the original Mirabile School stood many years ago. The original foundation can still be seen to this day.

Later the students planted four apple, three peach and three cherry trees in an orchard that was prepared just to the east of the newer school building. The trees were purchased with a gift card that was donated by the Cameron Wal-Mart. The weather cooperated with 60 degree temperatures and the children took turns watering the trees and covering them with dirt.

In the evening a BBQ was held at 6 p.m. The turn-out for the event was incredible. Mirabile alumni from a few years ago to many years ago attended and enjoyed old class photos and great conversation. Hamburgers and hot dogs were available and community members and past graduates brought side dishes. Key chains made by Woven Hearts in Mirabile were donated to those who attended the event.