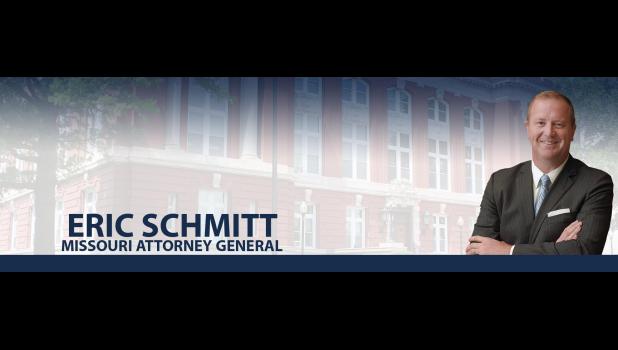 “Kansas City’s short-sighted move to defund their police force will have lasting, destructive, and deadly consequences for its residents. Last year, 176 people were murdered in Kansas City, marking the deadliest year in the city’s history. Despite this grim milestone, the City Council and Mayor’s decision defunds critical patrol divisions in areas that saw roughly 80% of Kansas City’s murders last year, and will potentially eliminate approximately 480 sworn officer positions,” said Attorney General Schmitt. “Attempts to defund the police will deprive Kansas City residents of a needed police presence and exacerbate homicide and violent crime rates plaguing Kansas City and major cities across Missouri and the country.”

After fully funding the Kansas City Police’s budget request earlier in the year, the City Council passed several ordinances on May 20, 2021, that effectively defunded the Kansas City Metropolitan Police Department, slashing $42 million from the KCPD budget and moving the funds to the City Manager-controlled Community Services and Prevention Fund.

In 2020, Kansas City recorded 176 homicides, their deadliest year in history, exceeding the previous record of 153 homicides set in 1993.  Following this unprecedented increase in murders, the City Council’s Ordinance No. 210466 defunds KCPD’s Central and Metro Patrol Divisions and reduces the East Patrol Division’s budget by 42.5%. As the brief notes, more than 80% of Kansas City’s murders in 2020 occurred in one of these three areas.

According to the brief, the City Council cutting $42.2 million from the KCPD budget will almost undoubtedly require a reduction in personnel. The Kansas City Police’s Budget Manager warned that “approximately 94% of the Departments’ general fund expenditures are personnel expenditures,” and estimated that these cuts to KCPD funding will require eliminating 480 sworn officer positions.

The brief states that in other cities that have defunded their police force, Portland and New York for example, the effects of those defund efforts are apparent. Portland cut its police budget in July 2020 and has seen “a more-than-sevenfold increase [in homicides] compared with the first five months of last year.” In New York, murders are up 28.3% after the city cut its police budget by $1 billion.

In arguing that the move to slash the KCPD budget by $42 million is illegal under state law, the brief argues, “Missouri law prohibits the City Council from interfering, in any way, with the Department’s operations and specifically protects the budget from transfers back to the general revenue fund that the Board does not authorize,” and, citing § 84.460, RSMo, states, “the Kansas City Police Department is ‘under the exclusive management and control of the board.’”

The brief continues, “Ordinance No. 210466 directly conflicts with Missouri’s public policy and statutory scheme.  After the budget process for FY2021-22 was completed, when the Board certified and approved an itemized budget, Ordinance No. 210466 transfers $42,282,444 from the Department’s budget to a Community Services and Prevention Fund under the City Manager.  This directly violates § 84.740, RSMo, because it transfers money from a specific classification without the Board’s approval.  It also violates § 84.860, RSMo, because it obstructs the execution of FY2021-22 budget as certified and approved by the Board and disburses money in contradiction of the same.”