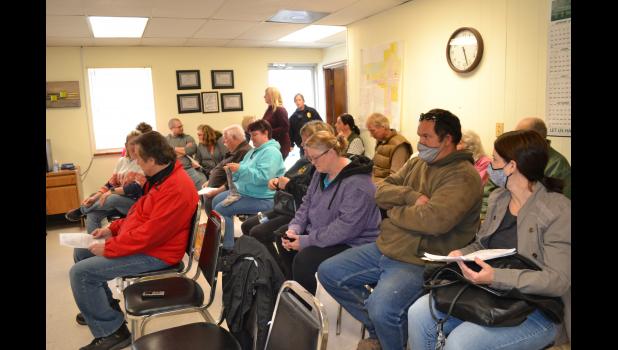 Council passed an ordinance declaring the results of the April 6th election.

Alderman Danny Alexander, newly elected Alderman Robert Singer, and Mayor Kristopher Bruce were sworn into office. Keith Gilbert was elected president of the Board of Aldermen.

During public participation, Jamie Williams complained of the potholes on 7th Street. She has three small children and was fearful of vehicles driving up into her yard in order to dodge potholes on the street. Seventh Street is not on the ten-year plan to be fixed. Another area that was publicly discussed was at California and Railroad streets.

(See this week's issue of the Caldwell County News for the rest of this story.)