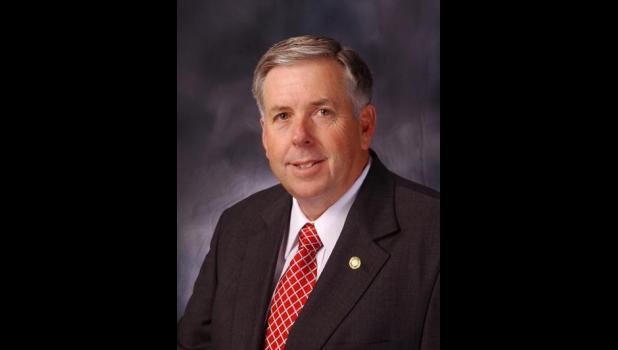 (JEFFERSON CITY, MO) – Today, Governor Mike Parson announced that his administration will reject the Biden Administration's attempt to enforce an unconstitutional, federal vaccine mandate for Missourians and private businesses. The Office of the Governor has been in communication with leadership from the Missouri General Assembly and the Attorney General's Office to align resources for a pending legal fight.

"This assault on individual liberty and free enterprise is a poorly executed attempt by the Biden Administration to reset after its disastrous withdrawal from Afghanistan," Governor Parson said. "With our southern border in crisis and as we are experiencing out-of-control inflation, President Biden is desperate to divert attention from his failures. However, Missouri will not be a pawn in this publicity stunt that seeks to force Missourians to disclose private health care decisions and dictate private business operations."

Yesterday, during a speech at the White House, President Biden announced plans to use the Occupational Safety and Health Admisntration (OSHA) to issue an unconstitutional vaccine mandate for private employers. This action would infringe on Missouri's constitutional authority and exceeds the scope of the authority granted to either President Biden or OSHA. The President cannot legislate with the flick of his pen from the Oval Office and OSHA cannot dictate personal health care decisions for Missourians. Missouri is not under an OSHA state plan, and Governor Parson will not allow state employees to be used to enforce this unconstitutional action.

The United States Constitution does not give unelected and unaccountable federal bureaucrats authority over the personal health care decisions of Missourians. The Biden Administration is trying to use a federal agency to interfere with private businesses and personal decisions. This unconstitutional behavior is clearly meant as a distraction from the real problems the Biden administration has fostered since coming into office.

"When President Biden should be focused on protecting our troops and securing our borders, he has instead decided to inject himself into the private lives and business dealings of hard-working Missourians," said Speaker Rob Vescovo. "This is an obvious attempt by the President to shift attention away from his failures in Afghanistan where his disastrous withdrawal left American citizens behind. We in the Missouri House of Representatives will not stand for it, and we will do everything in our power to protect the personal liberties of Missourians."

The United States Supreme Court has said that states, not the federal government, are charged with the responsibility to protect public health within states under the 10th Amendment to the United States Constitution. Governor Parson believes the regulation of public health is a state issue and that the General Assembly has a say in the process.

"As a small business owner who would be subjugated to President Biden's unconstitutional mandate, I, nor the Missouri Senate, will stand idly by and allow this inexcusable power grab to harm Missourians," said President Pro-Tem Dave Schatz. "What the Biden Administration is attempting to do will only worsen the workforce shortages businesses across the country are facing and is an absolute affront to our American freedoms."