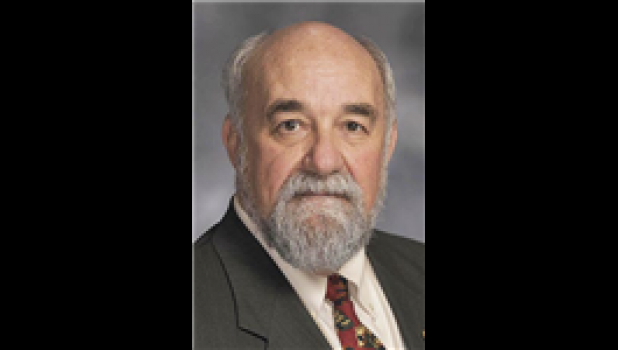 Gov. Parson recently signed legislation that is meant to protect the state’s number one industry. The bill, which was approved by the Missouri General Assembly during the 2019 regular session, will provide consistency in the way farm operations across the state are regulated.

The legislation addresses a problem in current state law that has resulted in inconsistent regulations placed on farms throughout the state by county commissions and health boards. SB 391 will not block county ordinances or restrict local control. Instead it will ensure regulations on concentrated animal feeding operations are consistent and not more stringent than state laws.

This is about agricultural development, it's about jobs, it's about food security and it's about consistency. The legislation will also establish the Joint Committee on Agriculture. The committee will study the economic impact of Missouri’s agriculture industry, as well as efforts to improve environmental stewardship while improving the economic sustainability of Missouri agriculture. The committee will also look at incentives to encourage best practices to scientifically address Missouri’s carbon footprint.

Senate Bill 391 is a big win for Missouri farmers, ranchers, and agribusinesses. We’ve now opened the doors that will allow Missouri to lead the way in meeting a growing world food demand and ensure we keep more agriculture production in our state, strengthening Missouri’s number one industry.

During the 2019 legislative session, the General Assembly approved legislation meant to protect victims of domestic violence. The bill sponsored by Rep. Neely whom I previously worked for, which now awaits the governor’s signature, would make changes to Missouri’s landlord-tenant laws in an effort to ensure domestic violence victims have a safe place to live.

The legislation aims to address an issue that sometimes occurs when a person is trying to get out of a domestic violence situation and needs to find a new place to live. Victims often live with their abusers or their abuser knows their address. If the victim is under a lease agreement, they can have a hard time relocating because landlords are under no legal obligation to let them out of their lease.

In an effort to better protect victims of domestic violence, lawmakers approved legislation to let victims break a lease in order to relocate to a safer place. The bill would prevent anyone at risk of domestic violence, sexual assault, or stalking from being evicted, being denied tenancy, or violating a lease agreement as a result of that risk. Anyone who is a victim, or is in imminent danger of being victimized, would be able to use this as a defense if a landlord takes them to court. The bills would establish what evidence a landlord must accept as proof of such situations.

If signed into law, Missouri would join at least 18 other states that have laws requiring landlords to let domestic violence victims break their lease.

The General Assembly was able to make a significant step forward during the 2019 session to meet the needs of Missouri’s growing senior population. Lawmakers approved a bill to create the Senior Services Growth and Development Program to help Missouri seniors who are currently unable to access services due to a lack of adequate funding.

The legislation dedicates a funding source for Missouri seniors for in-home services provided by the state’s Area Agencies on Aging (AAA), such as meals, in-home care, ombudsman services, and transportation. Missouri has ten AAAs, each responsible for providing services to seniors in specific regions of the state. The state’s AAAs are currently able to serve only 10 percent of Missouri’s eligible seniors. The new funding source will help seniors stay in their home and avoid unnecessary hospitalizations and placement in long-term care.

Beginning January 1, 2020, the Director of the Department of Revenue will deposit 5 percent, phased in over two years, of the premium tax collected from certain insurance companies and associations in the "Senior Services Growth and Development Program Fund". The funds will exclude any moneys statutorily mandated to be transferred to the State School Moneys Fund and will also exclude the cost of collection. The revenue stream will be placed in a special fund in the State Treasury and the Department of Health and Senior Services will disburse the funds to the AAAs.

Missouri’s senior population has grown but the number of caregivers has diminished. The state is not keeping pace with the needs of its growing senior population. By creating a cost effective, sustainable source of revenue for senior programs, it will strengthen home and community-based services, and help seniors to remain in their homes longer. By helping seniors to stay in their homes, the bill has the added benefit of saving the state millions of dollars in future Medicaid expenses.