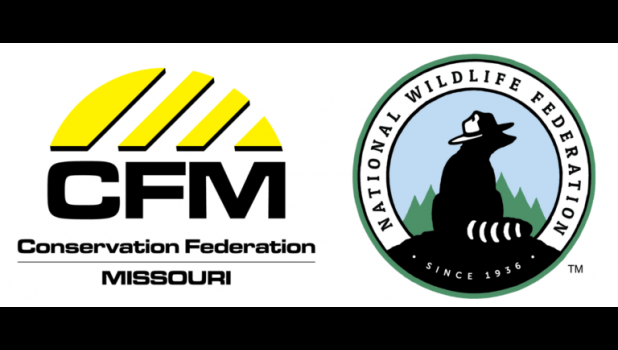 The bill will send approximately $21.6 million to Missouri each year, which the Missouri Department of Conservation will use to help the 603 species of concern in Missouri, such as the Eastern collared lizard, Northern bobwhite, and swamp rabbit.

_“Missouri is home to some of the best hunting, fishing, and outdoor recreation our country has to offer,” said Senator Blunt. “We can better protect our land, waterways, and wildlife by encouraging states, territories, and Tribes to make significant contributions to voluntary conservation efforts. I’m proud to help introduce this bill that will help preserve our nation’s wildlife for future generations.”

“This bill will be a boon to Missouri, recovering our wildlife, restoring our grasslands, and cleaning up our waterways — without adding new regulations. By leading on this bill, Senator Blunt will add to his legacy as a true conservationist,” said Tyler Schwartze, Executive Director of the Conservation Federation of Missouri.

“This nation is blessed with abundant fish and wildlife resources that provide enjoyment as well as essential services to people and communities. Our state agencies have the primary responsibility of conserving our treasured natural resources and with this dedicated funding, states and our many partners will be able to make sure our fish and wildlife are healthy for years to come,” said Sara Parker Pauley, Director of the Missouri Department of Conservation and President of the Association of Fish and Wildlife Agencies. “This bipartisan legislation transcends political boundaries and brings diverse stakeholders to the table to work on real conservation solutions. We thank Senators Blunt and Heinrich for their leadership and commitment to this important bill that benefits our nature, outdoor recreation, our overall health, clean air and water and our economy.”

“The historic, bipartisan Recovering America’s Wildlife Act is by far the most important piece of wildlife legislation in the past half-century,” said Collin O’Mara, President and CEO of the National Wildlife Federation. “At a time when more than one-third of wildlife species are at heightened risk of extinction, this critical legislation will help recover thousands of at-risk species through proactive, collaborative efforts in every state, territory, and Tribal nation, creating jobs while preventing extinctions. We applaud the incredible bipartisan leadership of Senator Blunt and Senator Heinrich, and their House partners Rep. Dingell and Rep. Fortenberry, who are all demonstrating once again that wildlife conservation can unite all Americans.”

Nationwide, the Recovering America’s Wildlife Act dedicates $1.4 billion annually to locally-led wildlife restoration efforts, with most of the money going to wildlife agencies like the Missouri Department of Conservation who will use the money to implement existing plans for at-risk wildlife. At least 15 percent of the funds will be used to help species that are already considered endangered or threatened. Tribal Nations would share $97.5 million annually to fund wildlife conservation efforts on the tens of millions of acres under Tribal management nationwide.

“Fish and wildlife need healthy habitats to thrive — enhancing our lives, supporting good jobs, and providing many other benefits,” stated Johnny Morris, noted conservationist and Founder/CEO of Bass Pro Shops. “State fish and wildlife agencies have a solid track record of accomplishing remarkable recovery and restoration successes, but to ensure diverse fish and wildlife resources thrive for future generations we must restore habitat all across America by passing the bipartisan Recovering America’s Wildlife Act.”

The National Wildlife Federation is America's largest conservation organization uniting all Americans to ensure wildlife thrive in a rapidly-changing world.