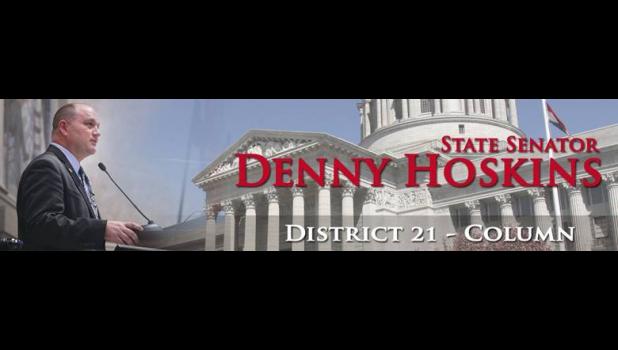 Monday, Nov. 11, is Veterans Day. One of three federal holidays that honor military service, Veterans Day recognizes all men and women who have served honorably in the Armed Forces of the United States. The two other holidays, Armed Forces Day and Memorial Day, are reserved for active duty military and those who have lost their lives in service to our nation.

As a veteran who served in the Missouri Army National Guard, I appreciate Veterans Day. By setting aside a day each November to recall the contributions of every veteran, we convey the message that all service is appreciated. As a guardsman once assigned to Delta Battery, 1st Battalion, 129th Missouri Field Artillery Regiment, I was a part of a legacy of Americas who served their country.  Historically, the most notable member of my unit was President Harry S. Truman, who served as a captain in Delta Battery during World War I. Although the President and I never crossed paths, I feel connected to him through our shared service.

Our observance of Veterans Day affirms that everyone who ever honorably wore the uniform of our nation is worthy of gratitude and respect. The soldier who manned the chow line or drove a truck deserves our appreciation as much as the man who stormed the hill. It is service, and not necessarily heroics, that we honor on this day. It is truly a holiday that celebrates every member of our military, past or present, regardless of their duty station.

We should thank our veterans every day, but especially so on Nov. 11. Let’s all take a moment to show our appreciation to all who served.

I would also ask all Missourians to remember those affected by 2019’s persistent floods. As we look forward to Thanksgiving, water still stands in many fields near the Missouri River. I’ve had opportunities to tour flooded areas throughout my Senate district and continue to be amazed by the devastation. This has been a year for the record books. As soon as residents of low-lying areas began to sense hope, more rains fell and the floods returned. Now, we’re looking at the prospect of freezing temperatures and ice.

We continue to monitor the state and federal response. We also will keep pressure on federal authorities to reevaluate their river management priorities. In the future, the Corps of Engineers must place a greater emphasis on flood mitigation as they choose when and how much water to release from upstream dams. With the Corps continuing to release water, we may not see an end to this situation for many months to come.

Please continue to pray for our neighbors in the 21st Senatorial District, as well as other across the state, who are reeling from extended flooding.

I’d like to thank the Missouri Association of County Developmental Disabilities Services for their recognition of my role in passing House Bill 399 during the 2019 legislative session. Working closely with my colleagues in the House of Representatives, we were able to advance this important legislation to the governor’s desk.

House Bill 399 requires insurance providers to cover the cost of therapeutic care for developmental and physical disabilities. This measure expands on previous legislation that mandated coverage of therapies to treat autism spectrum disorders. I was pleased to work on this legislation in the Senate and was thrilled to finally see it become law.