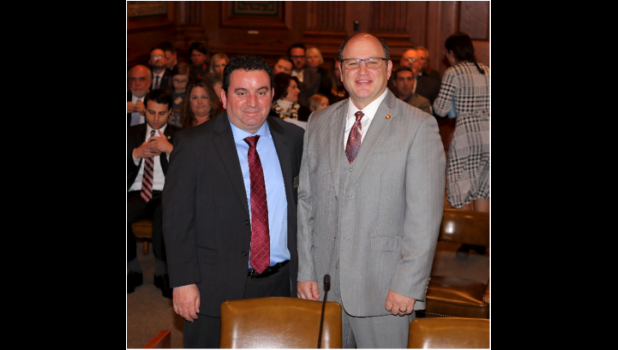 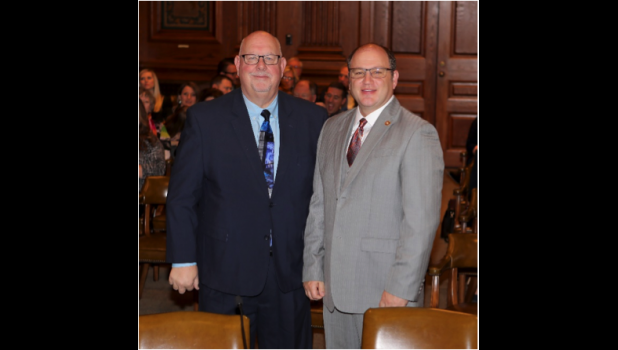 Getting Down to Business

The second week of the 2020 legislative session was jam-packed with activity. Committee meetings began in earnest, with back-to-back hearings every day. The Senate Agriculture Committee heard testimony on my Senate Bill 568, the “Missouri Made Fuels Act.” This legislation creates a biodiesel fuel standard in Missouri. Beginning with a 5 percent biodiesel blend in 2022, the act would require all diesel fuel sold in Missouri to contain 20 percent plant-based fuels by 2024.

Biodiesel is a value-added byproduct of soybean production. The Missouri Made Fuels Act prioritizes Missouri jobs, agriculture and the environment. This legislation will foster growth in the biodiesel industry, which employs 2,500 people statewide and contributes $1.3 billion to Missouri’s economy. Passage of this act is vital to Missouri’s soybean industry, but it also is good for the environment. A B20 blend has been shown to reduce carbon monoxide and particulate emissions by more than 10 percent compared to conventional diesel fuel. Biodiesel is drastically lower in greenhouse gas emissions than regular diesel. It’s also cheaper. Even with the hefty subsidies and tax credits petroleum-based fuels receive, biodiesel costs about 17 cents less per gallon.

This act could not come at a better time. More than 30 percent of Missouri’s soybean market has been lost due to Chinese trade disruptions. Biodiesel is a Missouri product – it was actually developed at the University of Missouri – and Missouri needs to show our support for farmers by passing this act.

One of the first orders of business for the Missouri Senate this term is to review appointments the governor made to various boards and commission while the Legislature was not in session. Two residents of the 21st Senatorial District are among these interim appointments. Dr. Adriatik Likcani, a substance abuse counselor and family therapist from Warrensburg was named to the State Committee on Marital and Family Therapists. The governor also appointed Centerview CPA Chris McCreary to the Missouri Credit Union Commission. It was my honor to sponsor these two individuals as they appeared before the Senate Gubernatorial Appointments Committee. I appreciate their willingness to serve the citizens of Missouri and their respective professions.

STATE OF THE STATE

On Wednesday, members of the Senate joined their House colleagues to hear the governor outline his budget and policy priorities. During his annual State of the State address, the governor renewed his emphasis on workforce development and infrastructure improvements. I was particularly pleased that the governor has budgeted $4 million for repairing non-federal levees in flood-ravished areas. He also proposed money for medical services in disaster areas and nearly a million dollars for hazard mitigation assistance.

The governor’s budget also includes significant investment in programs for early childhood education programs and behavioral health services for those with developmental disabilities. He also committed resources for eliminating the waitlist of individuals in need of residential services and in-home supports.

The 2020 budget the governor proposed fully funds the school Foundation Formula and includes increased support for school busing costs. The $50 million transportation cost-share program, which began last year, will continue in 2020. There’s also money for rural broadband and a $13 million request for the Water Resources Fund, which pays for the renovation of public water supplies, flood control and drought mitigation.