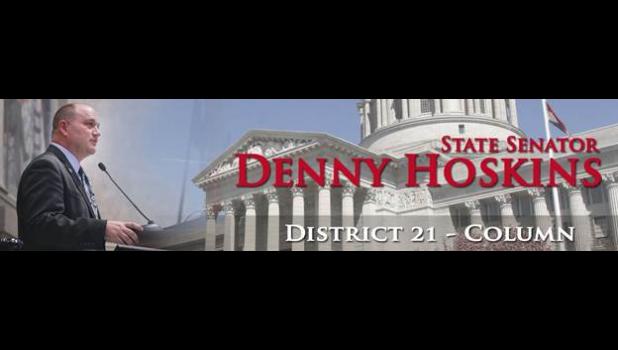 In the Final Hours

As I prepare this report, just two days remain in the 2020 legislative session. The final gavel falls at 6 p.m. Friday, May 15. Even with the loss of five weeks of legislative activity due to COVID-19, we were able to approve the annual state budget and pass several COVID-19 related bills.

So far, the Legislature has granted final approval to 32 bills. Included in that number are 19 appropriation bills, most notably the 13 bills that outline the 2021 budget. The low bill count is somewhat deceptive, however, because several of the bills truly agreed and finally passed include multiple provisions dealing with the same subjects that began as separate pieces of legislation.

Every provision of Senate Bill 656 relates to veterans. The bill streamlines the issuance of teaching certificates to military spouses, creates a veterans’ legal assistance program at the office of the attorney general, expands the role of the State Ombudsman for Long-Term Care Facility Residents to better serve veterans, expands developmental disability services for military families and creates a number of special designations in honor of veterans. Provisions related to service dogs, which I sponsored in separate legislation, are also included in this bill.

Senate Bill 676 contains provisions relating to the taxation of partnerships that I sponsored as part of Senate Bill 704, a measure that I hope makes it to the finish line this year. Among other provisions, SB 676 also exempts coronavirus stimulus payments from state income tax, modifies deadlines for receiving and appealing property tax assessments and provides a tax exemption for persons who die as a result of injuries suffered during the 9/11 attack.

Another measure that received final approval, but does not require the governor’s signature, is Senate Joint Resolution 38. This resolution will appear on an upcoming ballot and provide voters the opportunity to eliminate lobbyist gifts, reduce campaign contributions and revisit legislative redistricting procedures in Missouri.

From my perspective, the remaining hours of the 100th General Assembly promise to be a whirlwind of legislative activity. Several closely watched measures are nearing the finish line and may pass at any time. How these proposals fare is anyone’s guess. I’ll be sure to provide a more complete update in future reports.