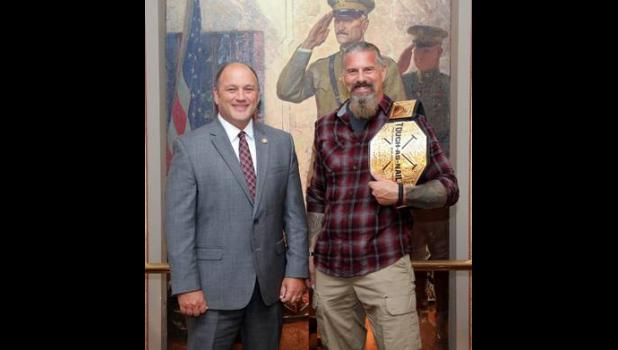 This week, the Missouri General Assembly returned to the Capitol for a constitutionally mandated veto session. Lawmakers had the opportunity to overturn the governor’s vetoes of two statutory bills passed during the regular session, but no motions were made to do so. One of the measures vetoed by the governor, Senate Bill 718, contained numerous provisions relating to veterans and military families. Most of those provisions were also included in Senate Bill 656, which the governor signed into law, so there was no need to revisit that legislation. The governor rejected House Bill 1854 because he said it contained too many unrelated provisions. Apparently, the House of Representatives accepted this explanation, as it made no attempt to override the veto.

While legislators were in Jefferson City for veto session, we also concluded our work on the extra legislative session called by the governor. As I reported in a previous update, the Senate initially passed all six of the governor’s requests as a single comprehensive bill aimed at combating crime in Missouri’s cities. The House of Representatives subsequently split the Senate legislation apart and passed five separate bills. The Senate approved two of the House bills as written and sent them onto the governor for his signature. Three other bills required revisions and were sent back to the lower chamber. This week, the House opted not to continue work on these three bills and adjourned without taking action. Although the Senate delivered on all the governor’s requests, only two bills eventually crossed the legislative finish line. House Bill 46 temporarily lifts the city residency requirement for public safety employees in the City of St. Louis.  House Bill 66 creates a “Pretrial Witness Protection Fund.” The fund will eventually allow law enforcement agencies to relocate witnesses or provide pretrial protection.

During a press availability following adjournment, the governor suggested he may call lawmakers back again in 2020 to pass a supplemental budget. Short of that, legislative activity is probably done for 2020. The Legislature is not currently scheduled to convene until January 2021, when the First Regular Session of the 101th General Assembly will begin.

A Champion from the District

It was my pleasure this week to present a Senate resolution of recognition to Kelly Murphy of Warrensburg and to introduce him to my colleagues in the Senate chamber. The director of military and veterans services at the University of Central Missouri, Kelly competed in the “Tough as Nails” competition on CBS television and emerged victorious as that program’s first national champion, out-performing participants years younger.

At 47 years old, Kelly, a retired U.S. Marine with 22 years of service to our nation, was the oldest competitor, but he bested a field of a dozen younger contestants in a series of grueling physical challenges. For his efforts, Kelly won a cash prize and a new pickup truck. He also won the praise and admiration of his friends and neighbors. I believe all of us here in west-central Missouri are proud of Kelly and thank him for bringing honor, not just to himself, but to the Marines, the university and the region. I hope Kelly will allow this former Missouri Army National Guardsman to adopt the familiar Marine exclamation of support and say “Oorah!”

A Champion for Business

On Sept. 17, Sen. Hoskins was named a 2020 Business Champion by the Missouri Chamber of Commerce and Industry. The Business Champion designation recognizes state lawmakers who supported policies to grow our economy and make Missouri a more competitive place to do business. The Missouri Chamber does great work promoting the business interests of our state and I’m honored to be recognized as one of their champions this year.