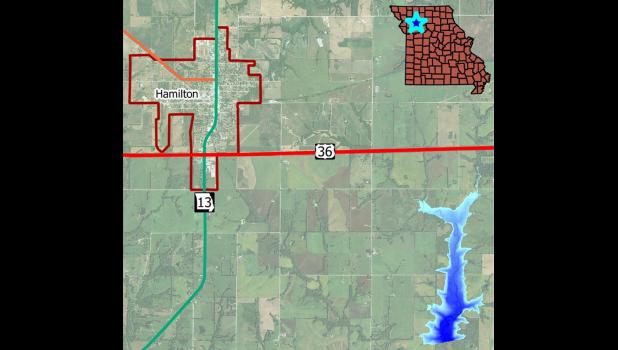 The Little Otter Creek Lake Committee and the Caldwell County commission met January 15 at the Nazarene Church in Kingston. There were around 25 individuals in attendance with approximately half attending by virtual call-in. Due to the weather and continued social distancing of the corona virus policies, most of the state and federal partners were unable to attend in person. The groundbreaking that had been planned at the lake site was postponed until March 19, in hopes of better weather and attendance of our state legislators, while they will be on spring break. Actual lake construction is planned to begin later this summer.

Several topics were discussed including the lake bed clearing plan which should begin in the next few weeks. A pre-bid construction meeting was held with around twenty contractors showing interest in bidding for the clearing phase of the project. Bid opening is scheduled for Monday, January 25. Trees in the dam area and along the creek and borrow area need to be cut or cleared by March 31 in accordance with the Corp of Engineers 404 environmental permit for protection of the endangered “bat” and potential bat habitat. Other topics discussed included mitigation, easements, land disturbance permits and project funding and bond refinancing. Additional design plans and specifications and Emergency Action Plans for the lake are under review. The intake structure for the water treatment plant and distribution areas and access road around the lake were also discussed.

Several state agencies reported on specific aspects of the project such as fish habitat plans and brush piles in the lake area, mulching and the lake buffer plan, seeding pollinator crops around the lake as bee and butterfly habitats, Missouri Department of conservation agreement and planning for trails and other recreational amenities.

An advisory board to help gather input from local citizens is currently being formed. If interested in serving on a local planning committee, please contact the County Commission at 816-586-2571. The next Little Otter Creek Lake Committee meeting is scheduled for February 19 in Kingston.