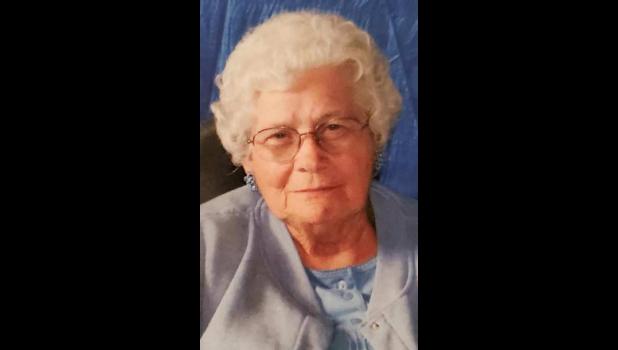 Betty was born Aug. 17, 1931, in Liberty, the first of eight children of George Farris and LaMarion Bingham Farris. She graduated from Liberty High School in 1949, earning a scholarship and was recruited to play women's professional baseball.

Betty married Lloyd Spry on July 10, 1949, and three children were born to the union. She and Lloyd began their life together as farmers. Following the flood of 1951, Lloyd began working construction in addition to farming, while Betty was a homemaker and tended to farm chores. She was active in PTA, 4-H and FFA for many years.

In the 1960s and 70s, Betty and Lloyd owned and operated the Missouri City Airport, where she earned her private pilot's license while helping Lloyd teach flight school, fuel airplanes, and run an aerial crop dusting business. Betty then went on to earn her real estate license and sold properties for several years.

After selling the airport, Betty and Lloyd moved to Polo, and once again engaged in farming until retirement. During retirement, they enjoyed traveling, camping, and attending tractor shows. She was a member of the Lathrop Antique Car, Tractor and Engine Club, and spent many years showing tractors and demonstrating how to make rope at the annual tractor show and Living History Days Small Farmers Reunion.

Private graveside services and burial will be in New Hope Cemetery in Liberty. A celebration of Betty's life will be held at a later date. In lieu of flowers, memorials are suggested to the Lathrop Antique Car, Tractor and Engine Club. You may share a message with the family or sign an online guest book via www.parklawnfunerals.com.  Arrangements are under the direction of Park Lawn Northland Chapel (816) 781-8228.