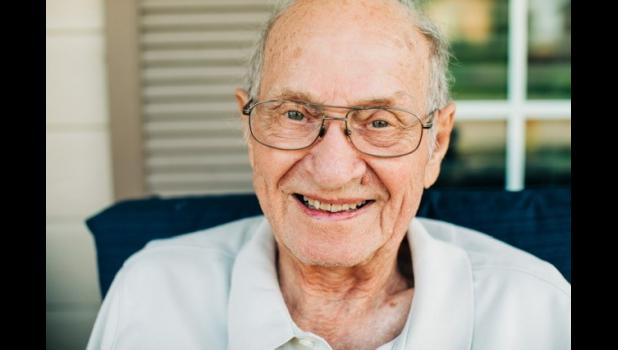 He enlisted in the Air Force in Dec. of 1948, and was sent to Radio Mechanic School and then sent to Alaska for two years. He married Bonnie Mae Hendersen on May 18, 1952. In 1958, he opened Ford and Garland Radio with friend Dean Garland. He and Bonnie lived in Des Moines until July 1993, when he retired and they moved to their long-time vacation home at Lake Viking, where they enjoyed spending time with family and friends. They later moved to Hamilton, where they spent their remaining years together. After Bonnie died, Hank moved to Bellevue, NE, to be closer to family.

He was preceded in death by his loving wife of 65 years, Bonnie; his parents; brothers, Frederick J. and Robert C.; sister, Betty Ann; and sister-in-law, Shirley Ford.

Services were held Thursday, Nov. 12, at Bellevue Memorial Chapel. Inurnment was at Resthaven Cemetery in West Des Moines, IA. Memorials may be sent to the Alzheimer’s Association or Hillcrest Health and Rehab (Magnolia Unit).