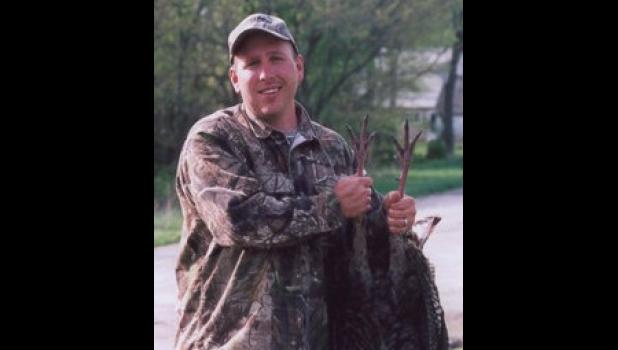 I.B. attended the Missouri Western Police Academy in 2002 and was fortunate to be the only graduate to have been commissioned through a police department at the time of graduation. On May 16, 2009, I.B. was united in marriage to Tara Phipps at the Gallatin Christian Church. He worked as a police officer for the Hamilton Police Department, North Central Missouri Drug Task Force, and the Cameron Police Department. I.B. served the Cameron Police Department as a Patrolman, SWAT team member, Field Training Officer and Sgt. Detective. In 2013, he was chosen as Officer of the Year by the Cameron Chamber of Commerce. He was a member of the Fraternal Order of Police Lodge #3.

I.B. was known as a prankster. He enjoyed watching terrible movies and then talking about them for days. He was an avid hunter, fisherman and trapper. I.B. liked spending time in the woods, especially with his family. He was an outgoing person, the type of person that would always consider you as a friend and would help anyone in need. I.B. had a contagious laugh and enjoyed telling stories and jokes. He loved spending time with his children and his wife Tara. He was very honorable and a true friend to many. He held a special place in many hearts and will be dearly missed.

The family will receive friends from 5:00 to 7:00 p.m., Friday, June 19, at the Hamilton United Methodist Church Family Life Center in Hamilton. Friends may call at Stith Funeral Home in Gallatin from 9:00 a.m. to 2:00 p.m. on Friday. Graveside services will be held at 10:00 a.m., Saturday, June 20, at Highland Cemetery in Hamilton. In lieu of flowers, memorial contributions are suggested to the I.B. Fugate III Memorial Fund in care of the funeral home or Farmers State Bank, 124 E. 3rd St., Cameron, MO 64429, (816) 632-6641. Arrangements are entrusted to the care and direction of Stith Funeral Home in Gallatin. An online guestbook may be accessed at www.stithfamilyfunerals.com.

***Due to the ongoing pandemic, the church respectfully asks that those in attendance be mindful of social distancing guidelines***