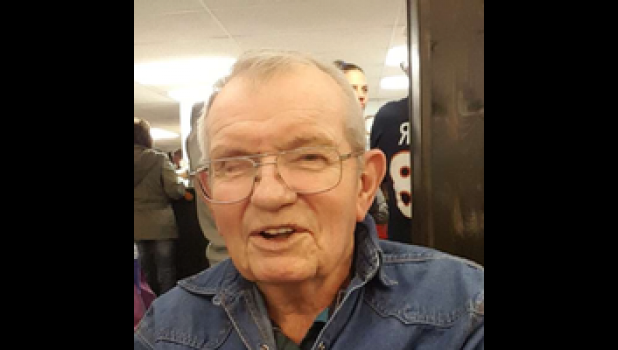 John M. Morgan, age 86, of Hamilton, MO, formerly of Kingston, passed away on May 22, 2019, at the Hillcrest Manor Nursing Home in Hamilton. John lived in Caldwell County most of his life.

John was born on July 9, 1932, in Mirabile, to John E. and Pernie L. (Upchurch) Morgan. He graduated from Mirabile School, being the last class of seniors to graduate from there. After high school, he was drafted by the Yankee Army on Dec. 3, 1952, and served in the Korean War until his discharge in October of 1954. He worked at General Motors and farmed, both of which he retired from.

He was a former member of the Log Creek Baptist Church, the Civil War Round Table, the Northwest Missouri Gas and Steam Engine Association, and he served as the president of the Mirabile School Board for many years, as well as serving on the Mirabile Cemetery Board. He enjoyed farming, his family, smoking, an occasional beer, fishing, repairing small engines, working on and pulling tractors and steam engines, and attending steam engine shows, including an annual visit to the steam engine show in Mt. Pleasant, IA.

John married Lola Joyce Otto on Aug. 11, 1953, in Polo. She preceded him in death in 2007. He was also preceded by his parents; brother, James Morgan; and sister JoAnne Bass.

Funeral services will be held at 2:00 p.m. on Saturday, May 25, at the Mirabile Church in Mirabile. A visitation will be held one hour prior to the service at the church from 1:00 p.m. to 2:00 p.m. Interment will be at Mirabile Cemetery in Mirabile. Memorials may be made to the Three Rivers Hospice in Cameron. Arrangements are under the direction of Bram Funeral Home in Hamilton. www.bramfuneralservices.com.