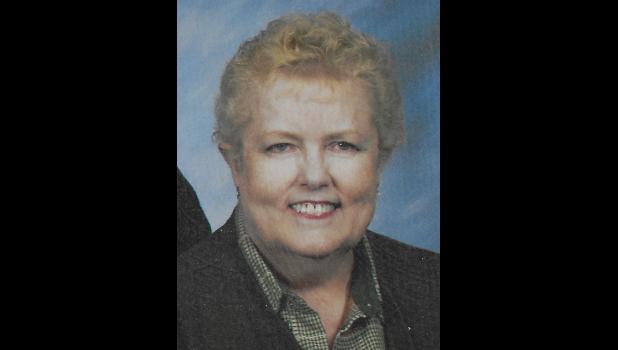 Judith Kay Cox Thomas, age 72, went to be with her Lord and Savior on Mar. 7, 2020. She was born on June 16, 1947, the third of five children born to Martin and Viola Cox of Nettleton, MO. Judy was raised in a Christian home and attended the First Baptist Church of Hamilton growing up. She trusted Jesus as her Savior at church camp at about the age of nine at Grand Oaks Assembly near Chillicothe. She graduated from Penny High School in 1965.

Out of high school, Judy worked as a switchboard operator in nearby Chillicothe. Around that same time she began writing a soldier in the Army from Chillicothe, Gary Thomas, during the Vietnam War. Gary Thomas and Judy Cox fell in love and were married Sept. 15, 1968. The couple moved to Naperville, IL, where their eldest daughter Gwendolyn Elaine was born July 13, 1970. Gretchen Leigh soon followed on August 12 of 1973. The family of four lived in Naperville, IL until 1976 when they moved to Richardson TX, at which time Gary began working for E-Systems which later became Raytheon.

Judy was a homemaker and volunteer extraordinaire. She volunteered thousands upon thousands of hours to her daughter’s schools and to her church, the First Baptist Church of Richardson. She obtained an associates degree from Richland College, and was an expert seamstress and fantastic cook. She had the gift of hospitality and loved opening her home for many church functions through the many years.

She is preceded in death by her husband of 49 years, Gary; her parents, Martin and Viola Cox; her brothers, Jim Cox and Phil Cox: and brother-in-law, Wayne Hillman.

She is survived by her daughter, Gwen Adams (Matt) of Lafayette, LA; her daughter, Gretchen Thomas-Walker (Darren) of Plano, TX; six grandchildren, Drew, Aubrey, Luke and Seth Adams and Anastasia and Natasha Walker; sisters, Kathleen Murphy and Pam Hillman and brother and sister in laws, Judy Cox, Bill Murphy and Margie Cox. Judy also had many nieces and nephews that she loved dearly.

Inurnment will take place at a later date at Lick Fork Cemetery in Gallatin. In lieu of flowers, donations may be made to the First Baptist Church of Richardson’s James and Irene Landis Scholarship Fund.