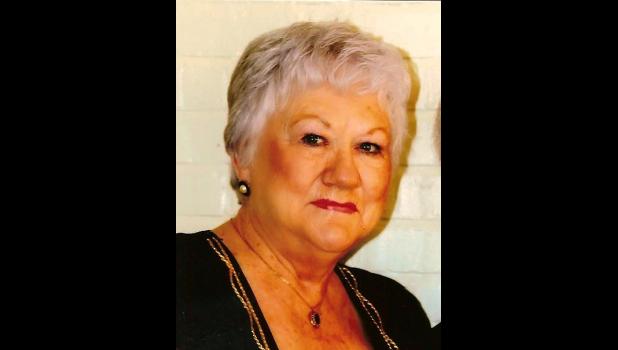 Karen Sue Proctor passed through Heaven’s gates on Monday, Jan. 4, 2021, at Research Hospital in Kansas City. Karen was born on Aug. 22, 1941, in Cedar Rapids, IA, to David Jack Watkins and Virginia Marjorie (Murray) Watkins. She grew up in Braymer and attended Braymer High School. She was united in marriage on May 27, 1961, to William Ray (Bill) Proctor of Braymer, and to that union, four children were born.

Karen was a housewife and full time mother until the family moved to Excelsior Springs in 1972. While living in Excelsior, Karen worked for the Excelsior Springs Police Department as a Police Clerk and for Avsco, Inc. as an Executive Secretary. She later worked as an Executive Assistant at Payless Cashways’ headquarters in downtown Kansas City. She received a paralegal degree from William Jewell College in 1998, and worked as a Probate Paralegal for UMB Bank for ten years. After moving to Lawson, she began a post-retirement career with the Lawson Police Department, where she served as Administrative Secretary/Police Clerk to the Chief of Police from 2000 to 2013. She happily served the community of Lawson in many other capacities while living there. Upon the death of her husband Bill in 2013, Karen moved to Lee’s Summit to be closer to her daughters.

Karen was a dedicated and loving mother of four, grandmother of ten, and great-grandmother of seven. She especially loved her role as “Nanny” and treasured every moment she had with each of them. She always had a story to tell and she made friends everywhere she worked and lived.  She was treasured by all.

She was preceded in death by her husband Bill; her parents; her stepfather, George Patterson; and numerous aunts, uncles and cousins with whom she was very close to throughout her life.

Karen was a member of the United Methodist Church and was active in Methodist churches in the communities of Braymer, Excelsior Springs, Lawson, and Lee’s Summit. Over the years, she was also active in various clubs and organizations, and volunteered with many charities. She never missed a swim meet, wrestling match, volleyball, soccer, basketball, or football game, a dance, piano recital, school musical or play if one of her kids or grandkids was a participant. She was always everyone’s biggest cheerleader, and loved being in attendance at every event.

A private service for the immediate family will be live streamed for family and friends on Saturday, Jan. 23, 2021, at woodschapelchurch.org. A future graveside service will be held at Evergreen Cemetery in Braymer, when all friends and family can safely gather and socially distance. In lieu of flowers, donations may be made to the Thompson Center for Autism at the University of Missouri, www.thompsoncenter.missouri.edu, or Autism Works, Inc., 915 E. County Road H, Liberty, MO 64068, or autism-works.org.