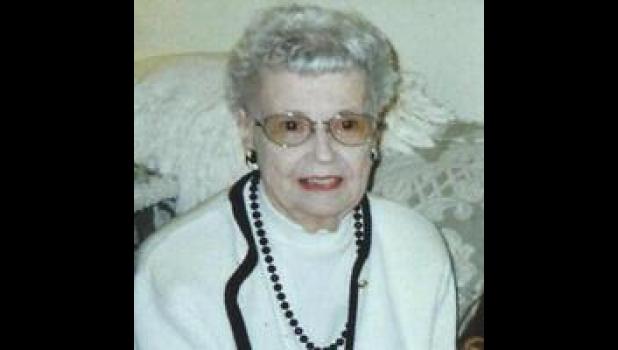 On Dec. 25, 1920, Marjorie was the second child born to George and Blanche Porter Dorrel in Oyer, MO. Marjorie's family relocated to Hamilton in Jan. 1928, moved to Birmingham, MO, for five years, then returned to Hamilton permanently in 1933.

She attended the Lovely Ridge School with four girls in her small class all named Marjorie. During high school, Marjorie was a member of the Hamilton High School Drum Corp, where they performed at the American Royal before graduating in the class of 1939.

As a young woman, she accepted Christ at the Hamilton Baptist Church, joined Grandview Evangelical United Brethren Church while raising her children, and spent the last 45 years of her life as a member of the Hamilton Federated Church.

On January 28, 1941, Marjorie and Ansel Clevenger were married at the First Presbyterian Church in St. Joseph. They celebrated 42 years of marriage before Ansel preceded her in death.

She volunteered as room mother every time she could, and was an avid 4-H leader. This couple enjoyed playing cards, canasta, with their many friends and neighbors. She always made her children prize-winning Halloween costumes.

Marjorie loved life on the farm, raising large vegetable and flower gardens. She enjoyed writing all of her life, compiling several volumes of family history. Scrap booking was her favorite hobby even before it became popular. She compiled 104 scrapbooks of her grandchildren and gifted them to each one at their graduations. Losing two family homes to a fire during childhood led her to a love of scrap booking.

During WWII, Marjorie worked at the Motor Radio Laboratories Defense Plant, and was the New York Township tax collector, among various other jobs.

Marjorie, nicknamed "Marjo" by her kids, will be greatly missed, as she was always a part of their daily lives. Due to the present day circumstances with COVID, the decision for a private family service was made. Cremation has been entrusted to Bram Funeral Home in Hamilton. In lieu of flowers, memorials may be made to Highland Cemetery or the Hamilton Federated Church, and will be accepted by Bram Funeral Home.