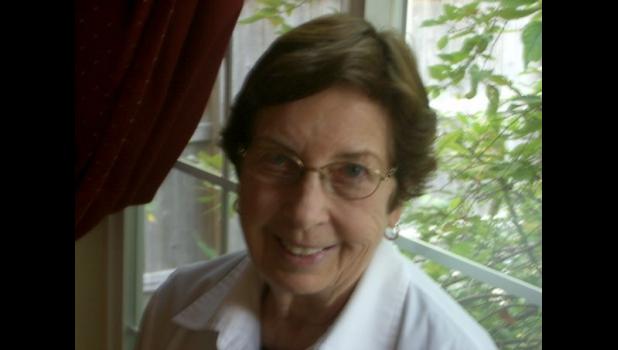 Ruth Eloise Otto Griffin passed away peacefully March 23, 2020, at Hospice of East Texas, Tyler, TX, at the age of 92.

Ruth was born in Hamilton, MO in February of 1928. Ruth left Hamilton to marry the love of her life, Clifton Leroy (Roy) Griffin in December of 1950. They had three children, Richard (Rick), Martin and Brenda, six grandchildren and four great-grandchildren. They all were the apple of her eye. For Ruth nothing came before her family. As Ruth would say, she was a “Missouri girl” (she would correct you on the pronunciation, Missou - RAH). She lived her whole life, except for the past three years, in her beloved state of Missouri. Ruth was fun loving and caring, with a loving heart mixed with a wry sense of humor. You knew you were blessed if Ruth called you a friend because you could count on her for anything.

Ruth was a skilled seamstress, teaching 4H classes through the years. She was a hard worker and a whiz at math. Shopping with her was like shopping with a calculator. She could calculate percent discounts like child’s play. Her next big love was Square Dancing. The faster and more complicated the call the better. She worked the floor with a grace and skill that mesmerized onlookers. This is where Ruth formed a close circle of friends who would be with each other through to the end.

Outside of family Ruth had a successful career in accounting with several different agencies in the Federal Government. After over 25 years of service, Ruth retired from the USDA. This gave her the time to play in the dirt! She loved gardening, was described as having a green thumb, and made people laugh because of her enjoyment of pulling weeds! She never found a plant that she couldn’t grow or restore back to life. Her favorite place to shop in a nursery was the dumpster because it brought her so much happiness and satisfaction to bring discarded plants back to life. Ruth had a deep love for plants, birds and trees, teaching those around her to share her appreciation for nature.

She felt the same about people and animals. In Ruth’s heart, everything deserved a second chance (and thirds and fourths). Her heart was big and generous, as evidenced by her long list of friends and household pets. (Do any of you remember the Griffin skunk?)

Friends and family describe her as funny, loyal, graceful, sharing, generous, kind, talented, great cook, green thumb and again funny. Even in her last days the nursing staff caring for her found so much delight in her humor that she became a favorite to all.

Ruth was preceded in death by her first husband, Clifton Leroy (Roy), who after 50 years of marriage passed away May 2000. She married again to Carrol Weaver, who died after the two celebrated 10 years of marriage. She then moved to Springfield, where she and Roy had been keeping a home for many years, where they would live out their retirement. Here she was surrounded by family and dear friends. After growing ill, she moved to Tyler, TX, where she was cared for by family until her final hours.

After cremation “The Missouri Girl” will be laid to rest with Roy at Shady Grove Cemetery in Fair Play, MO, later in the spring. In lieu of flowers, she would love for donations to be made to your local animal shelter or plant a tree for future generations in a loved ones name.