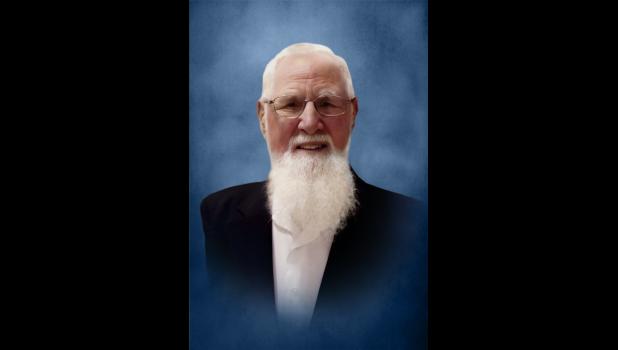 William Albert Pollard, age 89, of Carrollton, passed away peacefully on Wed., Dec. 21, 2022, after complications from a stroke, at NorthCare Hospice House in North Kansas City.

He was the son of John William and Alice Susanna (Fitzwater) Pollard, born on Nov. 18, 1933, at the family home in Tina.

During high school, William was a member of the Stet FFA, and won Grand Champion Lamb at the American Royal in Kansas City something he was truly proud of. He graduated from Stet High School in 1951 and began working at a grocery store in Independence for a short period of time. He was later employed by Armco Steel in Kansas City for more than thirty-five years, retiring in 1983. William married Mildred Lee Milligan and they were blessed with Sharon Elaine, Wayne Wray, and Teresa Lynn. They divorced but remained friends. When William entered a room, he had a contagious smile and kind demeanor. His outgoing personality and love of visiting, gave him the ability to strike up a conversation no matter where he was. He was a good man, and everyone knew his firm handshake was his word. William was an auction fanatic, he simply loved going to auctions and would always go home with a truck load of what he considered “treasures”. Some of his favorite “finds” were tractors, cars, glassware, and toy tractors. William had a great time when he entered the Braymer Bicentennial Beard Growing Contest and won second place! He was definitely a family man who spent a lot of time with his family, he liked going to anything his kids, grandkids, and great-grandkids were involved in. Wayne thought him to be his Guardian Angel. Wayne is a little accident prone, so William always kept track of where Wayne was and what he was doing. In fact, one night when Wayne was still clearing brush around midnight, William was right there checking to see how things were going.

Family, friends, and the community will continue to miss William.

He was preceded in death by his parents, John and Alice Pollard; one sister, Ruthie Pollard; and family friend, Wanda Davis.

If you would like to make a memorial contribution, the family asks you to consider New Hope Church or H.E.L.P. Cancer Fund. They may be left at or mailed to Bittiker Funeral Home, P.O. Box 223, Carrollton, Missouri, 64633.