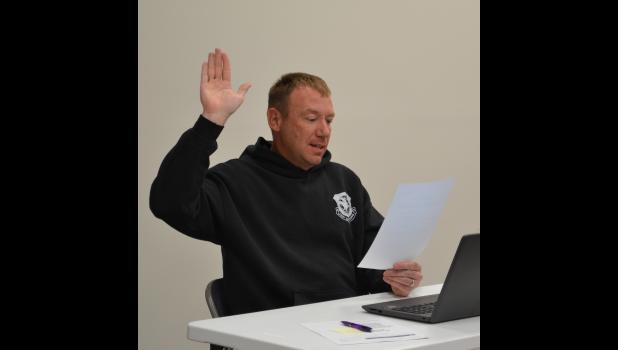 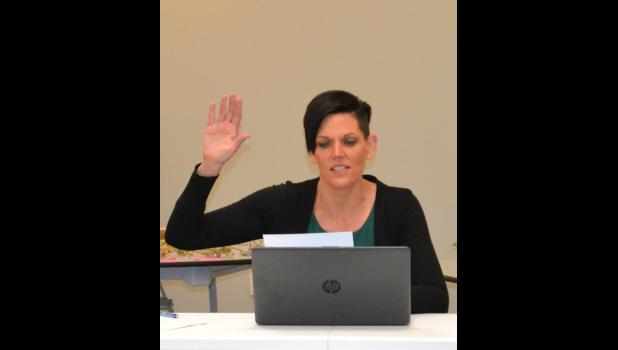 Jessica Green and John Ohlberg were sworn into office; Green renewed her position and Ohlberg came in as a new board member. The following members were elected as follows: Jessica Green, President; Will Railsback, Vice-President; Katie Iddings, Secretary; and Jaclyn Ford was appointed as the MSBA representative.

The MSBA report focused on the American Rescue Plan, which will provide 2 billion in COVID -19 relief money to Missouri; 90% of which will be made directly to Missouri school districts through the Title 1 formula. The money can be used for a wide range of purposes. The latest round of relief does include a 20% requirement or reserve for each district to apply to learning loss activities. School districts can also use the money for Wi-Fi hot spots and devices for students without Internet connections for remote learning. Funds will be available through the Elementary and Secondary School Emergency Relief Fund. The lack of Internet access for many students and families continues to be an issue in Missouri. A bill before the Missouri legislature would require the Department of Elementary and Secondary Education to issue an annual report on the number of students throughout the state without Internet access at home.

Professional Development evaluation (4): Because of the COVID issue, the governor approved a waiver that requires schools to spend 1% of their total budget on professional development. The district concentrated a lot on technology this year and made several updates from the CARES funds such as webcams, iPads, speakers and smart boards. A drawback of the program is that sometimes it is difficult to find time to work on actual curriculum and vertical teaming. Hopefully, next year they can return to traditional professional development.

The board discussed health insurance rates for 2021-2022. If the health insurance rates remain with the same provider as the previous year, there will be a 5-1/2% increase in cost. The average increase is 15%. Last year the district spent an extra percent on performance incentive, which means that if the school meets a certain threshold, they will get a lot of that expense back. They could also lower the cost even more by moving their Rx plan from a 3-tier plan into a 4-tier plan and by raising insurance co-pays. Superintendent Ford suggested that they make changes to the Rx plan, the co-pay plan, and increase the cap that the district contributes by $10.85. If they did this, it would allow the HSA plans to be totally covered without any employee contribution.

The board discussed graduation policies. Currently, early graduates are not allowed to participate in the spring graduation ceremony but will be considered as alumni for all other activities. The district loses money on average daily attendance (ADA) if a student chooses to graduate early ($2,500 in state aid per student for a semester). Students also lose the opportunity to take dual credit classes. Chemistry and college algebra are both full year classes. One of the biggest concerns is that when a student graduates early, the district does not have control over what they do outside of school between January and May. Jason McTheeney argued that the district’s job was to educate children and not make money. Not allowing an early graduate the privilege of attending the spring ceremony is like punishing the student for graduating early. Jessie Green agreed with the district’s current policy but felt that early graduates were not being recognized enough for their accomplishment. Another graduation in December was discussed. The board tabled this subject until June prior to printing the student handbook.

The board approved the waiver of 1% on PDC spending requirement. The district is usually required to spend around $26,000 to $28,000 on professional development, but because of COVID, it will probably be $13,000 or $14,000, which the district has already easily met.

In his report to the board Superintendent Ford said that the roofing project is nearly complete and the other two leaks have been repaired. An exterminator was called to deal with mice in the elementary building and there have also been mice at the superintendent’s building. In northwest Missouri alone there are 207 open teaching positions. The baseball field has been fertilized and the area between the outfield and infield is in the process of being seeded. The new mower has been put to good use with all the rain we have had.

Ford said he was waiting to apply for the latest round of stimulus money, but the federal government has not released it yet. He said many schools have slowly discontinued the practice of wearing a mask all the time and asked the board if they wanted to continue with the practice. The board decided to keep the mask requirement in place for now.