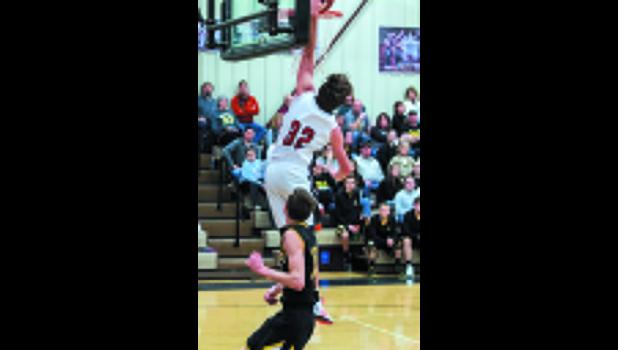 Braymer and Stanberry battle it out

Stanberry came to play a conference game against Braymer on Monday night.

The first quarter was a low-scoring defensive game. Hall, Miller and Atherton put in a basket to put the Bobcats at 6 to 9 against Stanberry. Braymer needed to crash the boards on both ends of the court. The second quarter was evenly matched with Miller swishing a 3 to tie the game up. Hall put in 4 and Rogers and O'Dell both put in a bucket.

Braymer went into half only down 2, 17 to 15. Hall put in a couple of buckets and Rogers swished a 3 to put the Cats ahead for the first time after half with a little over 4 minutes left in the quarter. Hall proceeded to put in 5 more points. O'Dell and Miller both swished threes and the Cats held the lead in the 3rd quarter 35 to 32. Hall continued to score with 4 more points. O'Dell sunk another 3 to keep the Cats in the lead with a little over 4 minutes left in the game. Hall scored and Stanberry scored two times with the last one being the one to put them ahead 45 to 44. After a turnover, Stanberry scored again to go ahead 47 to 44. Hall put one in to pull the Cats within 1. Braymer then had to foul with only 33.4 seconds left. Braymer had to foul 3 times to get Stanberry in the bonus. Stanberry swished the free-throws and went ahead 3 with 16.9 seconds left in the game. Final score was 49 to 46.