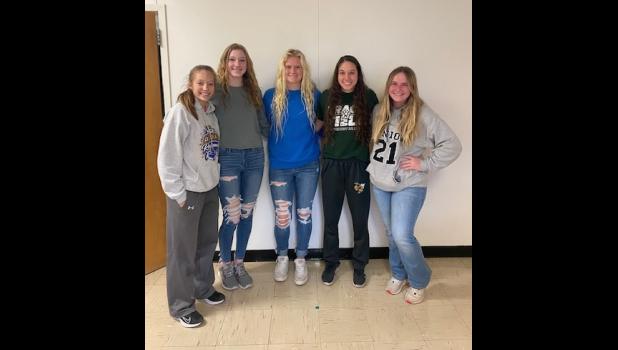 Senior infielder/outfielder Brighton Swindler was selected to the Honorable Mention All-Conference Team, 1st Team All-District, and 2nd Team All-Region. Swindler played in 27 games, recording 26 hits, including 5 doubles and 1 triple, scored 25 runs, stole 22 bases in 22 attempts, had a .400 batting average with runners in scoring position, and an on base plus slugging percentage of .678.

Senior catcher/1st baseman Hayleigh Huff was selected to the 2nd Team All-District Team. Huff played in 27 games, registering 29 hits, including 6 doubles and a homerun, drove in 17 runs, scored 10 runs, averaged .330 at the plate, had a.783 on base plus slugging percentage, and a fielding percentage of .975 on 163 chances.

Congratulations to these Penney High School student/athletes for their accomplishments on the diamond!